DakotaPulse » Blog » Why didn’t Charlie ever win awards for his jingles? 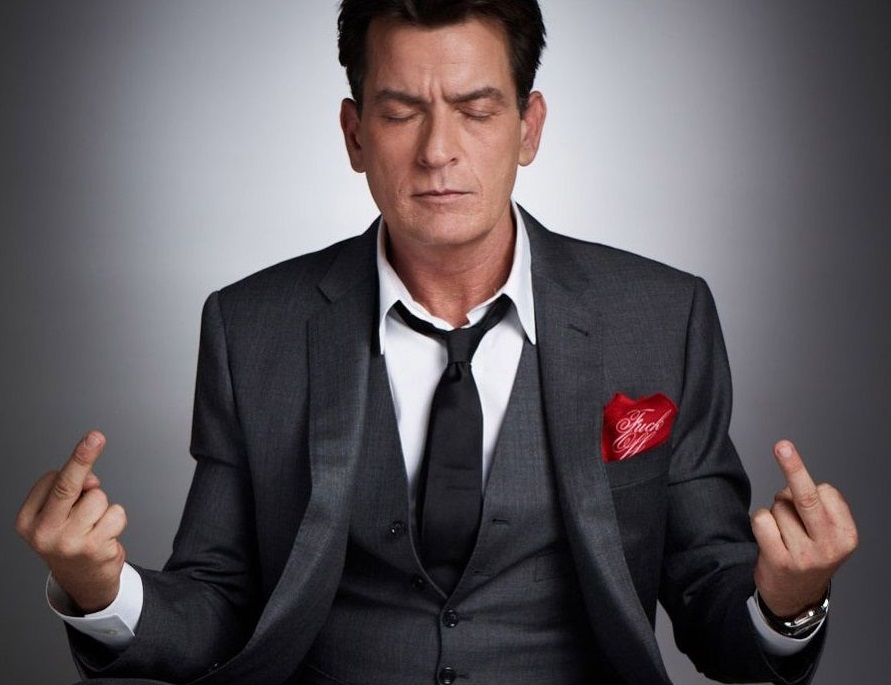 I’m sure you know the series Two and a Half Men; we’ve all seen it at some point, although probably not with the same enthusiasm: some of us have enjoyed it, taking a certain distance (it’s a slightly macho and Freudian series in which the only two possibilities for a woman are to be a nerd or a castrating viper), others have deeply detested it for being “Americanised” or superficial.

And, like many others, this series carries some controversy with it, but if you have a good critical sense you can understand the finesse of its satire, the depth of the characters – on an introspective level, of course – and the sharpness of the gags. But let’s get to the point: today I’ve decided to do a wonderful Spin-off of the series and I want to talk to you about Charlie’s side as a worker, focusing on his personality and the way his psychology turned him into a mediocre composer. The idea is to make you understandhow important it is to plan a good production, and especially what happens when certain factors are not taken into account when making music for advertising.

Layers of meaning in sitcoms?

I think people often don’t want to see the finesse with which some light-hearted series like this one portray humour. Two and half a men was very pointed in its criticism of the blinding ego of the artist, which is what we’re going to talk about today; the series was purely humorous absurdity, and it achieved this effect in a very subtle way..

As for Charlie, his personality would be enough to spill rivers of ink, but I want to focus on one of the most central points of his psychology. We find two very common poles in diva artists: on the one hand a superiority complex, and on the other hand an inferiority complex. Are they compatible? Not only are they compatible, but to a certain extent we all have them, but they are usually experienced in a more controlled and, above all, healthier way:

If we analyse Charlie from his superiority complex, we can see that he was a very clumsy composer: he was barely educated (he had studied some jazz with a private teacher), and without a composition career focused on mass media, it is noticeable how he approached his jingles with a very unrefined vision; he did not take into account the product or the consumer, and of course he did not take into consideration the need to have a commercial empathetic act with the consumer to favour conversions. I was making emotional jingles for adverts for haemorrhoidal cream, stale epic melodies for samurai demon series, plagiarising famous works by Beethoven to advertise insecticides… it was a disaster.

Charlie believed that his compositions were good, and in some of them the melodies achieved the purpose he was looking for; the problem was that their purpose was far from achieving the effect the spots needed to capture the viewer. And this is precisely one of the points where his ego blinded him. In this sense we are talking about egolatry and pure narcissism; Charlie was in love with his physique and his art..

Narcissism is one of the most important aspects of his personality for understanding his relationship with his environment. Charlie’s only apparent ambition was women. The pianist was never a person who particularly coveted material goods; rather, he was well-off. He had his house and his grand piano, but in all of his starring role during the early seasons of the series, his taste for ostentation did not evolve much. He just wanted booze and more booze, and above all women and more women. His way of life was also his only shield against existential emptiness.

But although it may not seem like it – given his low ambition as a worker – his dream was to be appreciated in music and to make his mark as a composer. So even though he had money, he was frustrated. “But the big failure should be Alan!”. Indeed, the backstory of the series allows us to see how the expectations of both were constantly being frustrated in some way: as time went on Alan saw his dreams of a non-dysfunctional family crumble, and Charlie saw his dreams of being a star, and especially his victory in the internal struggle to be able to accept a relational commitment, disappear altogether. So Charlie was also a failure in the series, but he was a failure of a higher stratum.

Failures of a self-conscious divo

One of the most important tasks in improving as a composer is to analyse the works of other composers; the pianist never looked to others, possibly because he feared that learning from great musicians meant demeaning himself. However, if he did not learn from others, he did enviously envy and compete with them, displaying a toxic ego that blocked his progress.

For example, when he met Steve Tyler (lead singer of the band Aerosmith), he immediately disliked him because he rehearsed “loudly” all the time, but deep down, part of his hatred came from envying the singer’s career, who, unlike him, had achieved professional success.

There is one episode in which Charlie’s inferiority complex is seen without delving into layers of meaning: in this episode the pianist was nominated for an awards gala for best jingle production, in which he was competing alongside his musical nemesis Archie Baldwin, who had won the award seven years in a row. That night was a bad one for Charlie, who thought he had written the best jingle of his life; Baldwin won yet again, and then left with his mother, with whom he had been flirting before dinner. The victory and humiliation was a crushing blow to Charlie’s ego, and he ended up drunk and depressed.

But during all those years in which Baldwin had won time and time again, did it never cross your mind to analyse his compositions? Surely trying to follow in his footsteps was never an option, basically because he didn’t want to exercise humility; that’s why he could never grow as an artist.

“Why that guy and not me?” Baldwin already had a career that he had been nurturing and nurturing, so that by the year of that last gala he was working for some very important companies, with emotive, compelling and seemingly ethical causes. In this case, the jingle for which he was awarded was about a campaign for an orphanage. If the idea itself sells itself, the composer had focused his production much better: it was an emotional and monumental theme, with choir, piano and orchestra, similar to other themes composed for charitable causes such as We are the world by Michael Jackson or Happy Xmas by John Lennon.

And with which song did he intend to win the Charlie Award? With Toe Zoe, a tune composed for the advertisement of an anti-fungal medicine. The pianist composed an emotional melody for the advert, hoping to be awarded on the basis of the melodic-harmonic quality of the composition. And all in all, the theme is not bad; the problem is that it does not suggest anything of what it is supposed to sell (it sounds like the intro of a cartoon series for 5 year olds). With this strategy, it was trying to compete with a song that was clearly closer to the charitable cause it was trying to sell, and with a style similar to Quincy Jones, one of the best music producers in history. Anyway, poor creature.

But if Charlie had exercised humility he might also have been able to learn and synthesise everything about the artists above him, and it is likely that, after a great deal of hard work, he would have managed to go a step further and improve his compositional methods by adding a fetish of his own that would have given him a very interesting originality. But his affective deficiencies meant that he spent most of his time testing the strength of the bedstead.

This is why it is important, at least in the case of advertising jingles, to approach each job in the most captious way possible, as everything is about duping the potential consumer; it is a world too demanding for a millionaire with Freudian traumas..

I hope you liked the blog, I leave you other similar ones here, and remember that you can buy a rap, trap, dembow, pop, r&b, dembow, reggaeton… beat! A la carte. 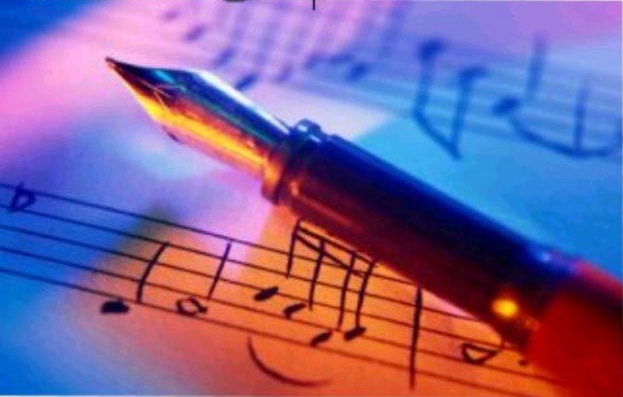 How to find work as a music composer

I’m sure you’re coming to this blog today because you’re interested in finding musical commissions to make a living. And I am also sure that you are doing so because you have tried to work in this field and you are finding that it is not an easy job or even that it makes you [...] 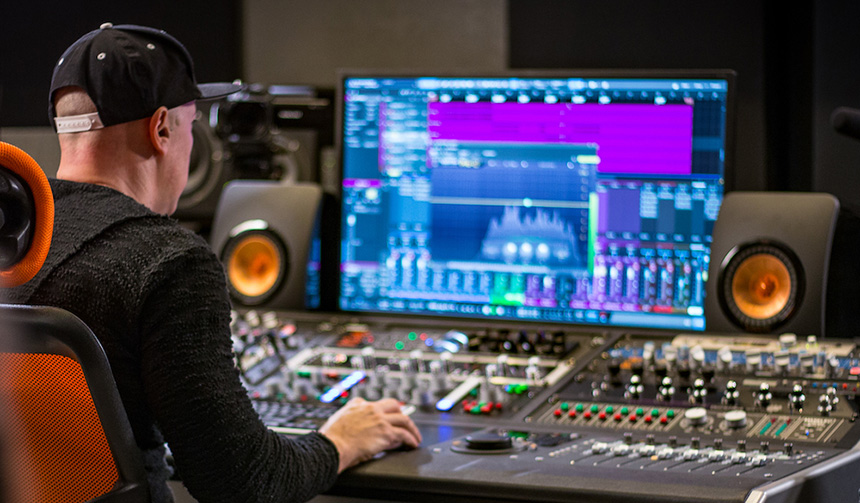 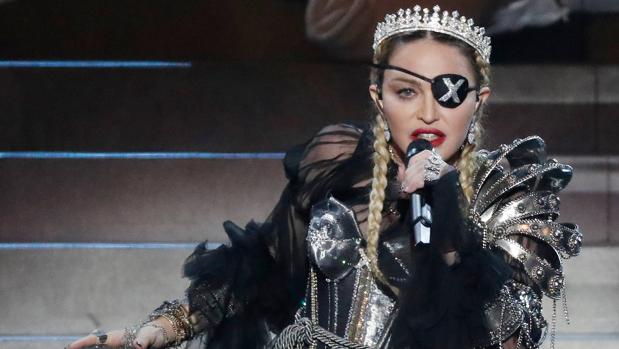